How to Find Blocked Numbers on iPhone | iphonexpertise - Official Site

If you have received several annoying calls from unknown numbers, or from people you no longer want to be in contact with, the best solution is to block the sender's number directly from your iPhone. However, it may happen that you want to retrieve and unlock one of these after some time.
If you also want to see blocked numbers on iPhone then you are on the right page. Here are some steps to follow to first identify the blocked numbers, then remove them from your "blacklist" or "recall" them without removing them from the list.

Part 1: How to Find Blocked Numbers on iPhone

Here are the simple steps you can take to find the blocked numbers in your iPhone without any difficulty.

Step 1: Enter your iPhone's Settings application and then click the phone icon.
Step 2: When the screen appears, select the icon for the blocked numbers. From here you will be able to see the list of blocked numbers that you already have on your phone. You can now edit them by adding a new number to the list or remove blocked numbers if you wish. 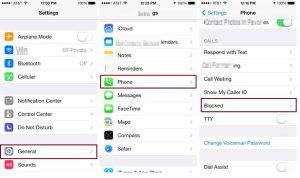 Part 2: How to remove a number from the Blacklist

Step 1: Go to settings and tap on the phone icon. This will move to the next screen.
Step 2: Once the screen is open, select the entry for blocked numbers. This will show the numbers and emails on the blacklist. 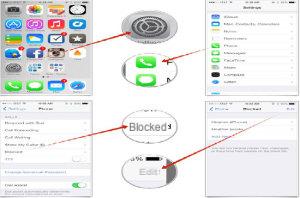 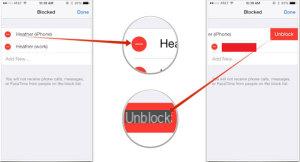